New Episodes Each Wednesday through Feb 15th, PLUS An Inside Peak at How our Judges Deliberate. Scroll down for Videos!

CLICK HERE to watch the Show LIVE on TWITCH 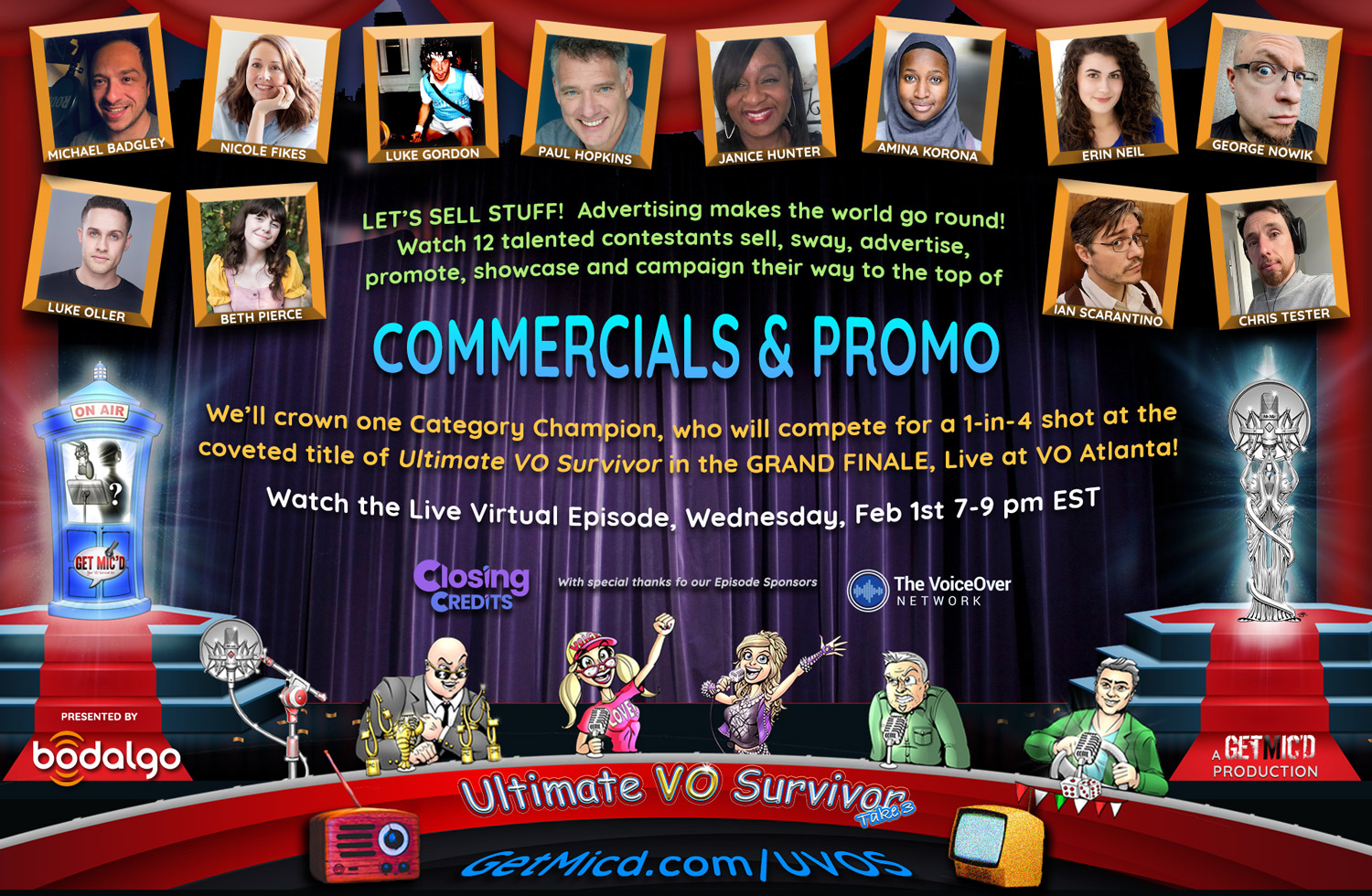 This Week! Meet The Commercial/Promo Contestants
Brought to you by Closing Credits, VOAtlanta & VoiceOver Network

After the Show, CLICK HERE to VOTE for your Favorite Contestant! 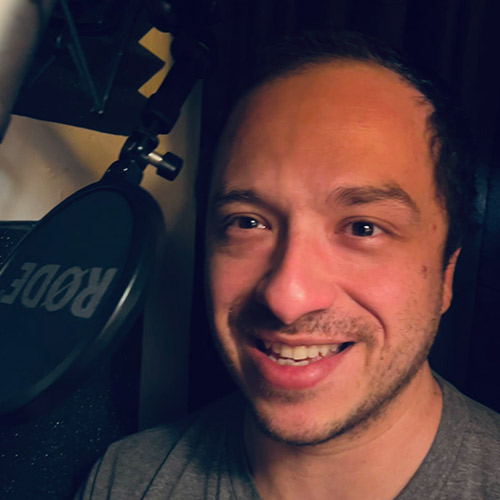 Mike Badgley is a voice actor in New York City. He’s also a scientist. Unexpected, you say? Well, maybe not! Some of the most famous artists in history also happened to be scientists: Leonardo da Vinci, Hedy Lamar, Coldplay…wait…they just had that one song, “Scientist.” Whatever, you still get it. Mike continues to explore the intersection of art and science with enthusiasm! He is fascinated with the power of the human voice to educate, inspire, and move the listener. Mike has had the pleasure of working on mobile games, audio dramas, e-learning projects, and commercials, and he looks forward to honing his craft through experimentation. 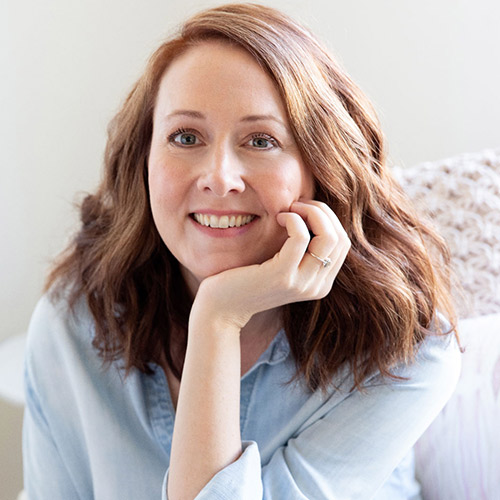 Nicole spent over 20 years as a creative director in the advertising industry, 10 of those years running her own ad agency, Merrygood. Working with voice actors was part of the job description from time to time, and those experiences helped fuel the fire to eventually leave advertising and pursue a career in voice-over full-time. Her background in advertising and concepting scripts similar to the ones she now performs, gives her a unique understanding of the client’s direction and vision. She is currently enjoying the view from the other side of the glass at her home in Austin, TX with her husband Gary, daughter Emmy, and Mini-Goldendoodle Rufus (who is too adorable for his own good). 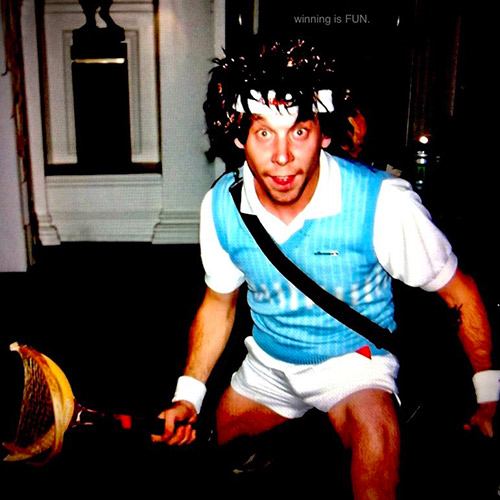 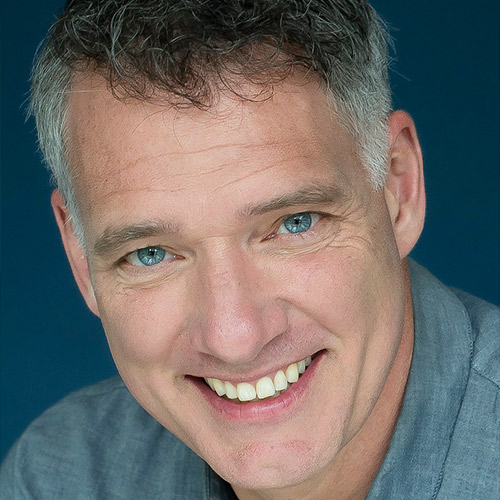 30+ year career as an actor! He’s voiced numerous national campaigns and rocked plenty more single spots for everything from McDonalds to the YMCA. His VO gaming credits include various roles in the Assassin’s Creed franchise and Deux Ex. On camera, he’s best known as Michael “Mouse” Tolliver in the ground-breaking, Emmy-nominated series More and Further Tales of the City and Disney’s Zombies the Musical 1,2,3. His huge theatre career has included two seasons at the Stratford Festival. In 2013, Paul was a finalist for the Christopher Plummer Fellowship Award of Excellence. 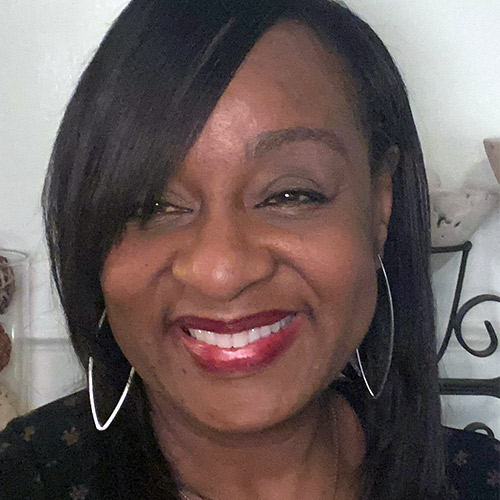 Born in Cleveland, Ohio, now a resident of Maryland, Janice was exposed to the arts at a young age.  Her fond memories of attending performances at the historic Karamu Theatre and Cleveland Play House left a lasting impression and love for the arts.  While helping her son pursue his acting career, she discovered the world of voice acting.  With the skillful guidance of multi-award winning coaches and demo producers, her journey in voice acting began. Expecting to use her background in health sciences and medicine, medical narration voice over was at the top of her list.  After a few sessions with a dynamic animation coach, her interests widened.  As a voice actor, Janice is ecstatic to have a platform where she is able to explore and express her creativity. 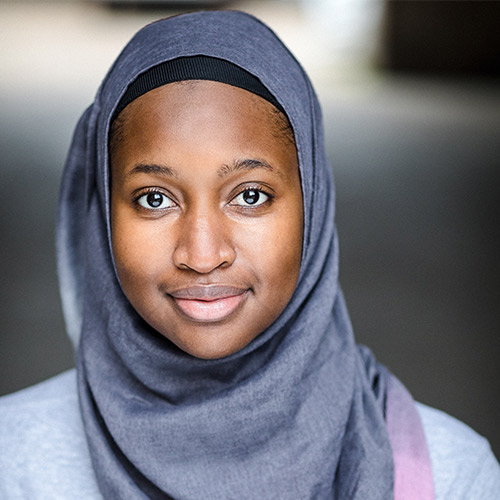 AMINA KOROMA is a British actor / VO artist based in London. Having started in theatre in 2018, she began voiceover in the year-that-shan’t-be-named and has voiced games, animation, audiobooks and dramas. 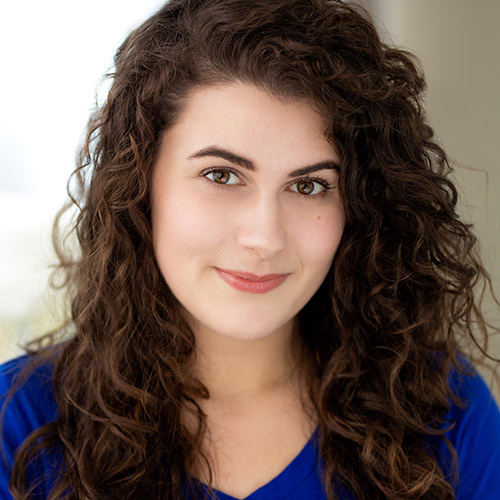 It’s a call that can’t be ignored, the call to create, and Erin has been following that call since she was a wee sprite. Hours spent turning scraps into pieces of magic and weaving stories for herself and anyone with an open ear.  This call has led Erin into the vast world of Voice Over. Finding plenty of room to create, she has found fulfillment in Animation, Video Games, Commercials, and Corporate Narration, to name a few. Not one to sit still, Erin endeavors to explore all the facets this industry has to offer. 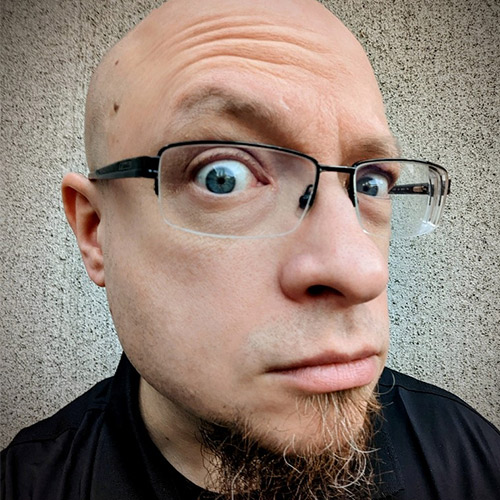 Oh hey sup!  I’m George Nowik, and before we can be effective friends you need to know the “W” in my last name sounds like  “V” because I’m an Eastern European mutt. Now that we’re mates, I can tell you that I love voice acting, mixing albums, recording musical instruments for session and personal enrichment, writing, and being a video editing dork. Once upon a time I mixed live sound at MAGFest for like 9 years (ever lived on top ramen for 4 days straight?), I’ve played Chapman Stick and Bass in a band with Vince DiCola, composer of Transformers: The Movie and Rocky IV (he is the nicest guy alive), and I’ve sung in barbershop quartets to counterbalance my hair style.  Star Wars, Bacon, Laptop + Cubase + Midi Controller, Olives, and the Rush discography are my picks for being stranded on a desert island and I love effervescent views of the sunset.  Thanks for stopping by! 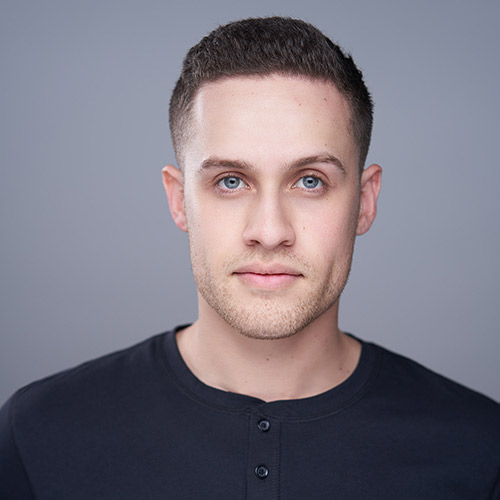 What can I say? I’m just a simple boy who watched way too many cartoons as a kid screaming along with my favorite anime characters powering up (I’m lookin at you SSJ3 Goku)… Nothing has given me more enjoyment than those cartoons and characters and I can’t even begin to say how much I love being some of those characters… it’s a motherluvin’ dream come true 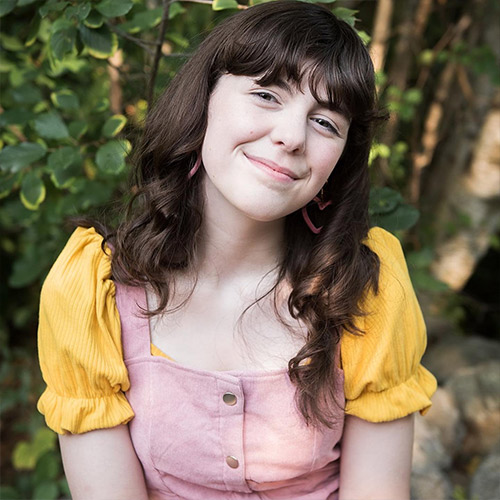 Beth is a 18-year-old aspiring voice actress, (and 2021 UVOS contestant), who brings her colorful personality to the mic. Beth is a content creator on TikTok with over 1M views for her theatre and voiceover content. She also runs her own company where she volunteers as princesses for parties. Beth is super excited to be back and to journey into the world of voiceover. Xx Hugs! @itsbethpierce 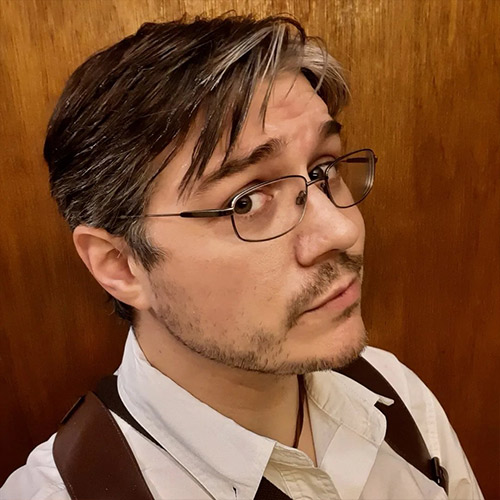 Music loving Mechanic with a passion for voices and being a bit of spaz. 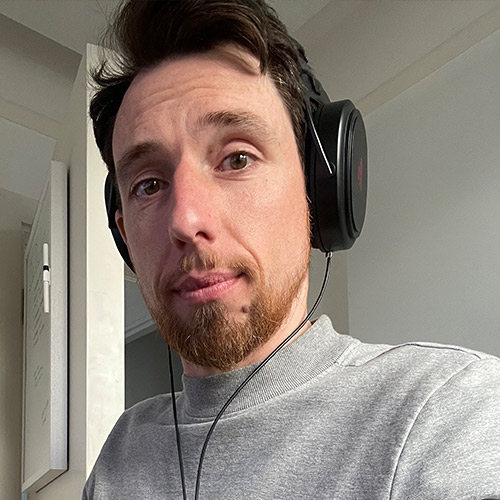 Chris has been a full time VO since 2017, where he is accompanied in his recording by studio cat Honey on a daily basis. 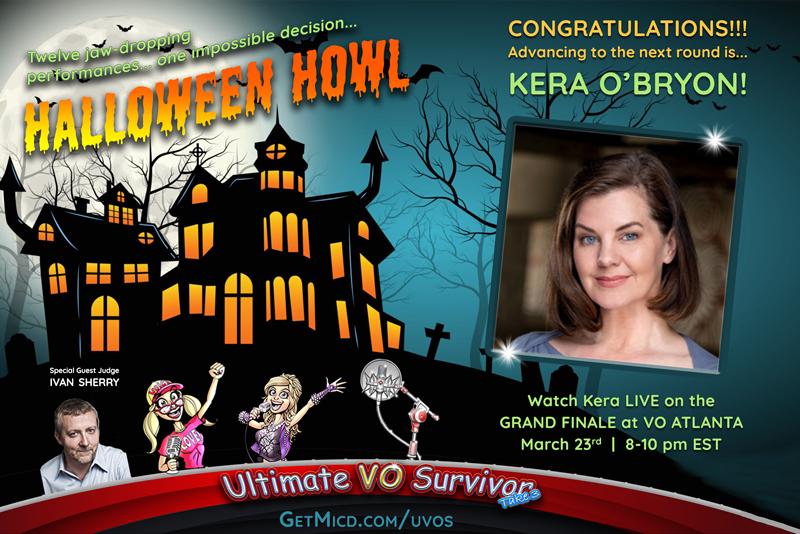 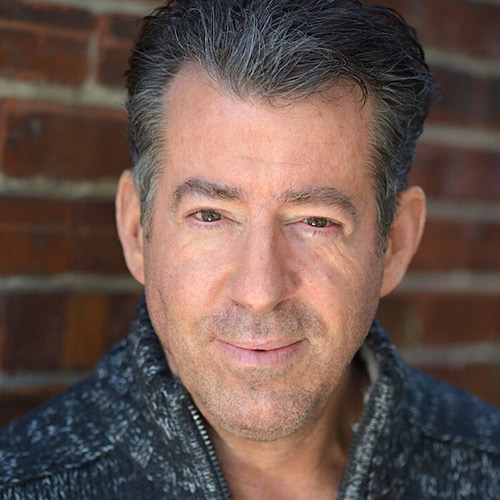 Geoff Allan’s passion for stage started as a child in seasonal Cabaret shows and led to a desire to do voice work in his teens until he was told his voice would never succeed in radio.  Driven with an uncompromised focus on winning, Geoff has been professionally voicing since 2009 with clients in 29 countries worldwide and boasts being the voice of major campaigns for Burger King, Hardees, Bud Light, The Rock and feature ads on three Superbowls for three different clients.  Geoff‘s total broadcast ad count ranks “in the hundreds” in addition to projects for corporate narration, animation for film, web, e-learning and more.  Geoff’s studio is state of the art and he invests in the latest software and technology to stay competitive.   Geoff is also seen as an on-cam principal actor in television shows, several television and web ads and recently two movies.  Geoff has worked with coaches in Los Angeles, Toronto, and Montréal with improv training at Toronto’s Second City.  Geoff’s natural voice descriptor words include deep, smoky, gravely, honeyed, well modulated and silvery. 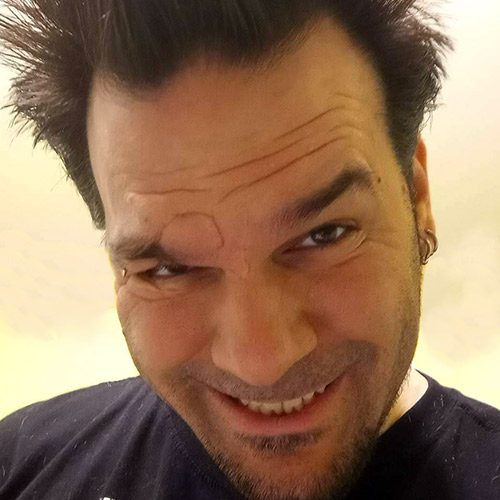 Matt Chalik has been loudly expressing himself since the moment he was told to sit still and stop making mouth noises. It’s been his life ever since. Art, music, acting, speech, writing, directing, coaching. All spokes on the wheel of creativity.
Whichever you witness, you’re going to remember it. 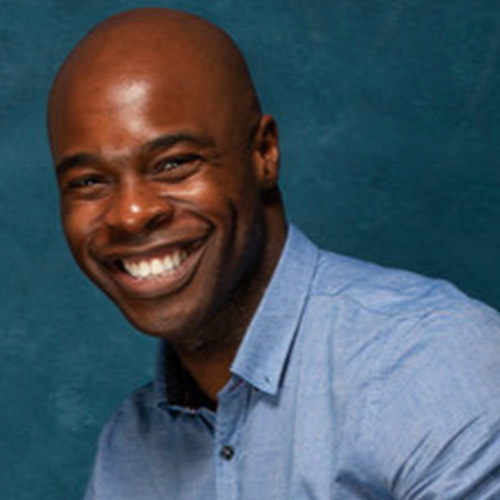 Uduak Inyang, half man, half wizard, half droid; 100% wonderfully weird. Clowning around since age 9! 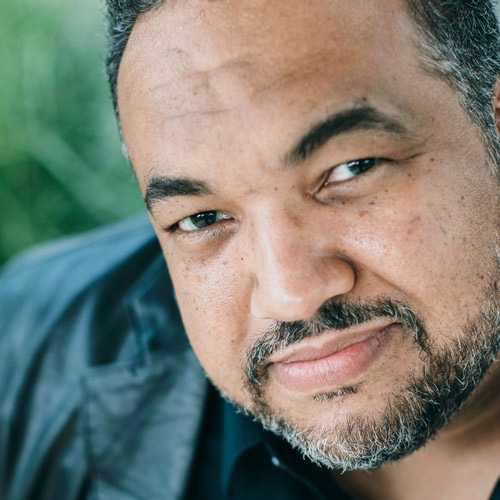 My voice career began in the radio department of Columbia College Chicago. After being a disc jockey and producer at a number of radio stations across the country, I transitioned to voice work full-time to put that same confident, engaging sound to work for companies such as Netflix, HBO, HULU, Comcast/Xfinity, Laureatte E-learnings, Merck, the City of Philadelphia, ASUS Computers, and Good Neighbor Pharmacy. And I’m proud to say that I am one of the in-stadium announcers for the Philadelphia Eagles NFL team…
…and YES, I have a SuperBowl ring! 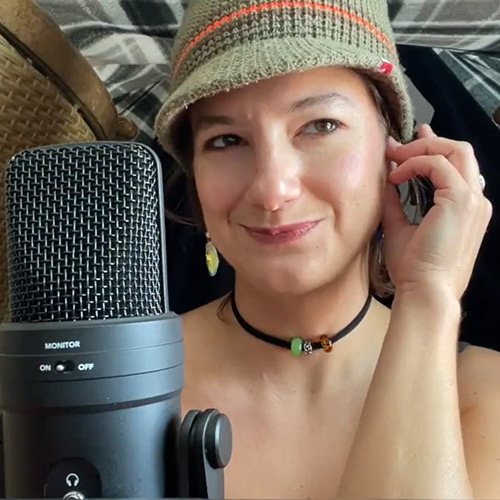 Abbey Lee has loved the stage, the mic, the spotlight since the beginning of time. A Northern California native, she’s performed in dozens of musicals and plays in the Bay Area, even winning two San Francisco Bay Area Theater Critics Circle Awards for lead actress in two very different roles. Her natural versatility allows her to explore and excel in different voice over genres. She has been studying at VoiceTrax in Sausalito for the last four years, is yet unrepresented but can sense that is close, and having a wild time along this artist’s journey. 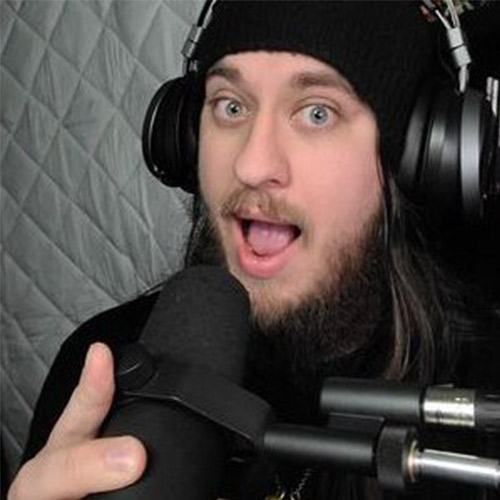 Well what can I say about me haha? My name is Jacob Mira and I am a voice actor and metal vocalist. I’ve been doing this for about a year now and loved every second of it. I’ve gotten the opportunity to work with and learn from a lot of wonderful people over at Closing Credits and several discord servers in that time. In my spare time I read books, play video games and D&D, and give metal vocals to songs that shouldn’t have them. I’m pretty active on discord and have a YouTube channel where I get scared playing horror games. 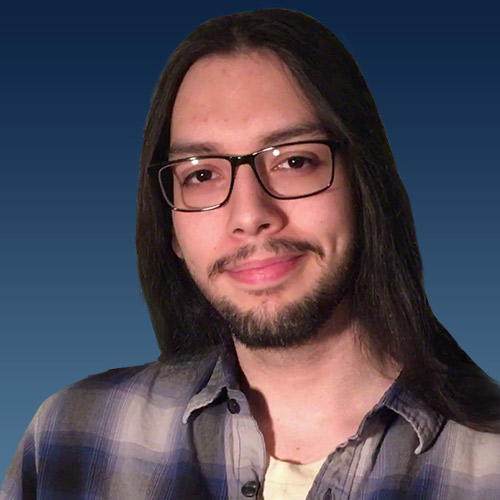 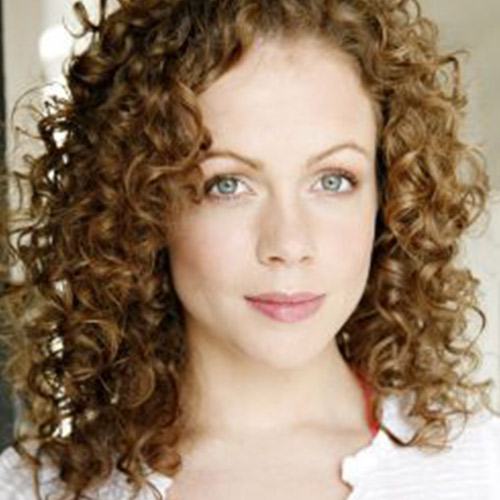 From Inverness in the Highlands of Scotland, Hannah trained in Musical Theatre at The Dance School of Scotland before going to Bristol Old Vic Theatre School to gain a degree in professional acting. Hannah left The Old Vic to play Sophie in London’s West End Production of Mamma Mia, Molly in the Mousetrap West End, Maria in the UK Tour of Sound of Music among many other wonderful roles. After having mini me’s and getting on a swift flight to Sydney Hannah decided to focus more on voice overs. Hannah has repeat clients across the globe in e-learning, gaming, commercials and more. Loganair, Rolls Royce, Unilever, Ava’s Manor to name but a few. Hannah loves being able to be creative from home and connect with so many wonderful people worldwide. Recently Hannah & daughter Annabel helped with the amazing new production of Red Handed Jill. An immersive audiobook by Gail Shalan & Kaiya Jones. Full production will be coming in the next year! 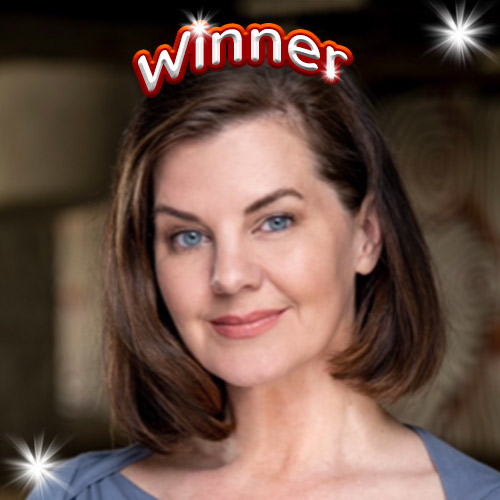 Kera O’Bryon is an Emmy-nominated actress, is a 25+ year veteran of voiceover, and a singer since age 3. So that’s…. um… carry the one… i mean the 2…. uh, that would mean she’s been doing voices since the year 19-ahemity-hem. She’s worked primarily in the field of Commercials, but has ventured into animation, corporate narration, explainers, ADR, you name it. Nothing is off-limits! She is ecstatic to be nominated amongst her peers for this exciting opportunity! 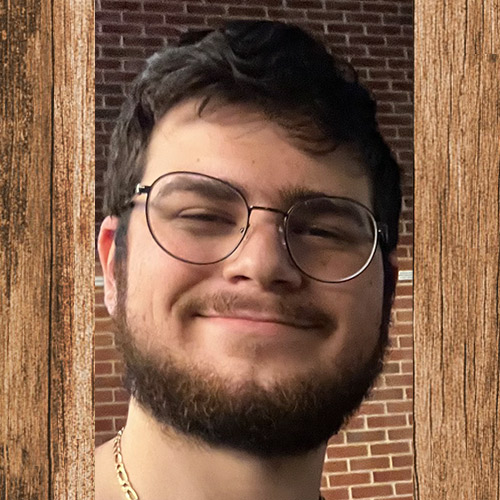 Noah Sandler is an aspiring voice actor who began his journey stuck inside during the pandemic in 2020. With some experience under his belt and undying love for voice acting, he hopes to be able to make it all the way to the top in not just UVOS Take 3, but in the entire industry as well! 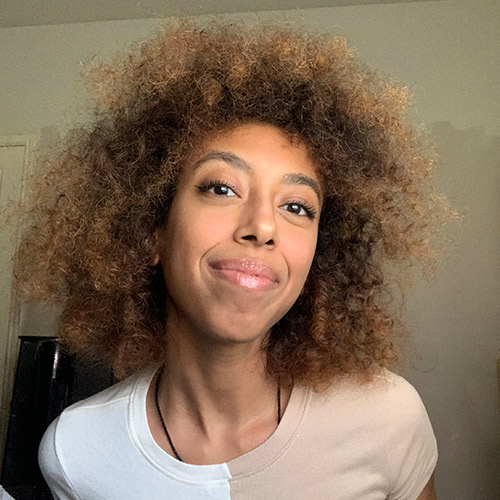 Hello, my name is Eden Solomon and I am an Eritrean-American voice actor based in Dallas, Texas. I have been voice acting for almost a full year (will be a year in January), however, I have been involved in theatre for as long as I can remember which has shaped much of my early development. I am currently enrolled in university and will be graduating as a first generation student this spring with a Bachelor of Science. I hope to pursue voice acting as my full time career as I truly feel the happiest when I’m voicing. 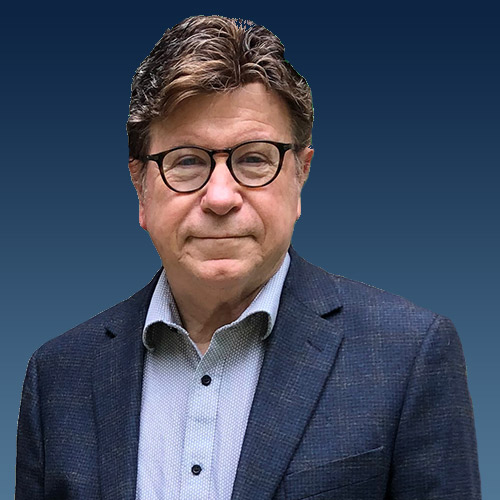 From Batman in an online graphic comic to an old character in Bratislava conducting a two hour city tour, I’ve had the opportunity to play a broad spectrum of characters and standard voice overs. From a 1950s style narration for the nuclear energy commission to a sports play by play announcer for a national Oakley NFL spot.  A radio career of over 50 years in Kansas City and the Midwest.  Hosted a late night TV show on the USA Network produced by dickclark productions called Camp Midnite.  Using three voiceover subscription sites and just like everyone else….every now and then getting the job:) 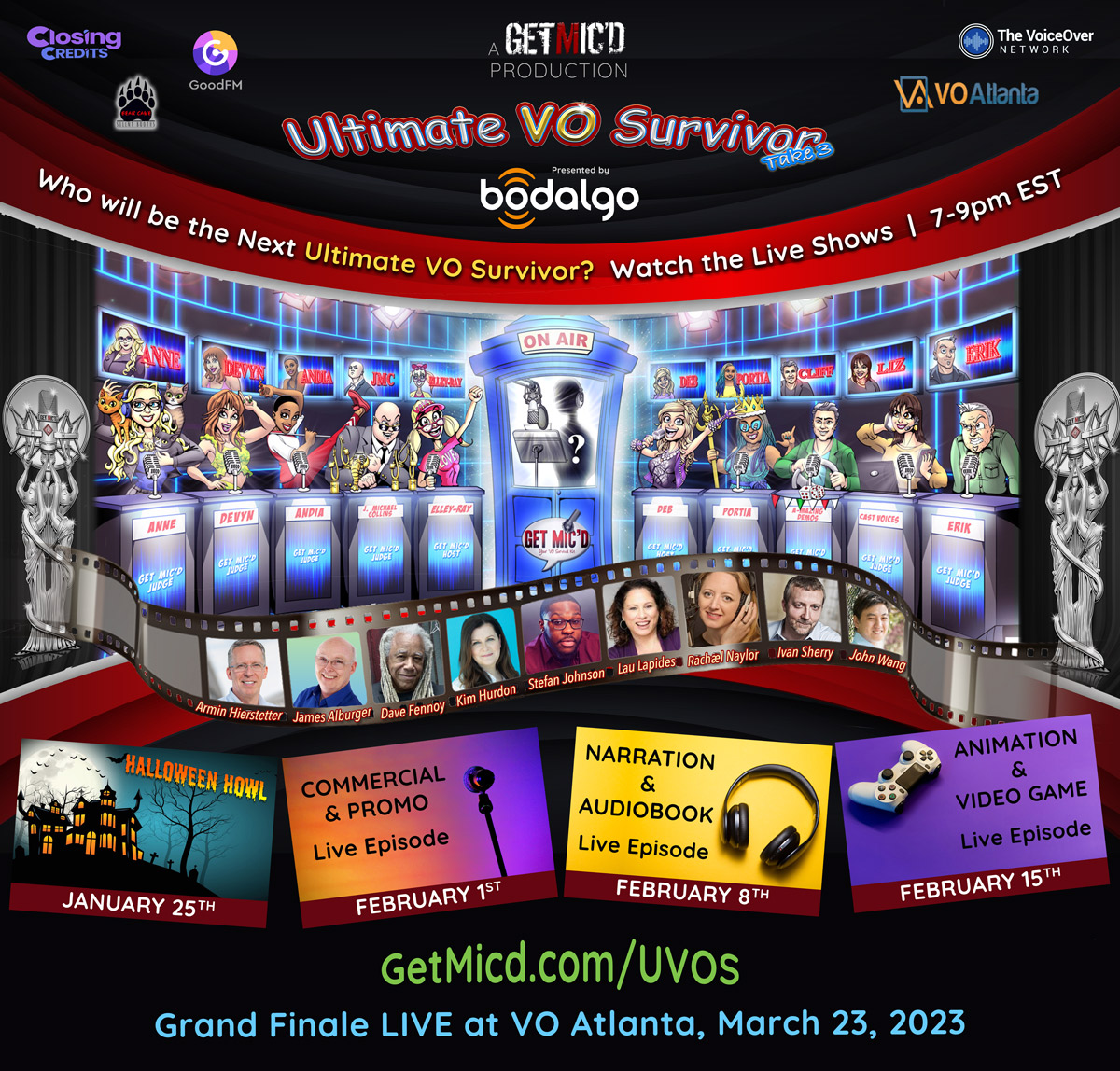